By Zachary Drake - June 12, 2022
As usual I splatter my thoughts in no particular order: The whole darn show, recorded from within someone’s phone lock bag:  https://youtu.be/nwK8kAVNrrI Better recording here:  https://youtu.be/wrrPZU_-jjA  (this one appears to have been removed) A recording of the previous night:  https://youtu.be/P-yNR855s3g    I loved the show. My attention was fixed the whole time. Oh my God they ended with a cover of Grateful Dead's "Friend of the Devil" which was amazing. (Better recording:  https://youtu.be/YZj3pjskjPU  Bootleg recording, from same source as above:  https://youtu.be/TmNBhpQtqz8 ) From my post on Expecting Rain :  Oh My God, they closed with "Friend of the Devil" on the June 11th Oakland show! Crowd went berserk! The version was absolutely beautiful, one of the best sounding songs of the evening. I was stunned. I was expecting "Every Grain of Sand" (and now I want to hear that live), because I'd read the set lists and I knew they had been u
Post a Comment
Read more

By Zachary Drake - October 23, 2021
I don't like writing proper reviews; I generally just like to put down my thoughts: Preamble stuff: I'm coming from the perspective of someone who read the books, but a long time ago. I probably read the original Dune twice, once when I was a kid and once again as a young adult. I've seen the David Lynch movie, but not the miniseries that came out in the early 2000s. I saw it at home on HBO Max. We have a 65" HD TV and a sound bar, so we can have a relatively cinematic experience at home, but it's not like a theater. This does seem to be something where you want as big a picture and as powerful a sound system as you can have. Opinions: I like it overall. It feels big. It looks beautiful. It aspires to a tradition of grand cinema in a way that a lot of things these days don't even try for. The Bene Gesserit are pretty spooky, which is good. The Guild Navigators weren't as creepy: they just looked like people in "Among Us" suits full of orange gas
2 comments
Read more

Some thoughts on Dylan's "Murder Most Foul"

By Zachary Drake - April 23, 2021
Originally posted on the Expecting Rain forum : Some thoughts on "Murder Most Foul", after over a year: It works on me. I'm in the "it's a masterpiece" camp. I can tell you a story about why I think it is, but I'm not certain that would be the real story. ("Key West" on the other hand, does not bind me with its spell--somehow that one I look at from the outside, rather than get pulled in.) I think the central conflict in the song is between overwhelming cynicism and evil, represented by the killing of Kennedy, and the power of music to heal wounds and offer solace in the face of despair. I think Dylan has music "win" the battle, but it's not obvious. But at the end, "Murder Most Foul" no longer refers to the assassination so hideously depicted earlier in the song: it now refers to the song itself, and it is the last shot fired in Dylan's barrage of DJ Wolfman Jack invocations against hopelessness. This is a great bi
1 comment
Read more

Where is 56th and Wabasha? "Meet Me in the Morning" Dylan Mystery Solved 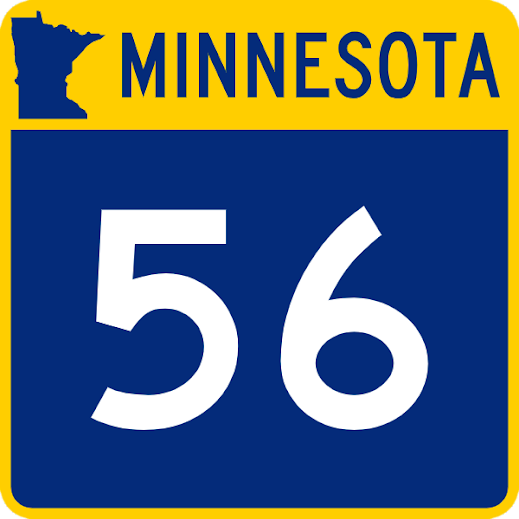 Short version The lyric is not "Fifty-sixth and Wabasha", it is actually "Fifty-six and Wabasha", referring to the intersection of old Minnesota Highway 56 and Wabasha Street in Saint Paul, Minnesota. If you listen, you can hear Dylan sing "fifty-six", rather than "fifty-sixth", particularly on the take that was released as the B-side to "Duquesne Whistle". Minnesota Highway 56 no longer intersects Wabasha Street, but from 1963 to 1974 it did intersect Wabasha Street, at what is now (in Feb. 2021) the intersection of George Street and Cesar Chavez Street in St. Paul, or possibly South Wabasha & Cesar Chavez.  Long Version "Meet Me in the Morning" is the first song on side two of Bob Dylan's celebrated 1975 album  Blood on the Tracks. In the opening lines of the song, according to the lyrics on Bob Dylan's official site (https://www.bobdylan.com/songs/meet-me-morning/), the narrator invites the listener to a rendez
1 comment
Location: Wabasha St & Cesar Chavez St, St Paul, MN 55107, USA
Read more

By Zachary Drake - February 25, 2020
His skin was covered in old scars and bright tattoos, and he reclined languidly on the cushions as I cleaned him up. The history of his skin made no sense: The colors and lines of the tattoos were vivid and sharp, like they'd been done last week. But the scars that defaced them looked decades old: cruel and terrible, but faded with time. I couldn't figure out how and old scar could deface a new tattoo. In the warm lamplight, he looked like the vandalized portrait a saint. Vandalized first by a brilliant graffiti artist who liked trolls and turtles and runes and fire. And then again by some sick flayer with the dark art of hurtling wounds deep into your past.  If the scars still pained him, he showed no sign of it. Spent and drained, he looked beautiful through my bloodcrush eyes. No doubt when his blood wore off he'd be all dopey grins and stooped posture and middle age again. No doubt he  still  was all that; I just didn't have to notice it for a while, not with
1 comment
Read more

By Zachary Drake - October 02, 2019
BOOM BOOM BOOM . The knock was coming from the floor, from under one of the worn Cathyssian carpets Kyle used to try to give his Spiretonian loft some kind of coziness. Sometimes the goblin drugmongers downstairs pounded on the ceiling if he was making too much noise, but Kyle had been having a quiet evening too himself. He was sorting his latest Beastclash card acquisitions and stuffing his face with food so he’d have enough blood to feed his newly adopted vampire daughter, who’d be waking up in an hour or so. He couldn’t think of anything he’d done to annoy them. They’d been friendly since the Loot division several days ago. BOOM BOOM BOOM . The knock came again. It sounded like they were trying to get his attention. Why didn’t they come to the door? Kyle got up and walked over to the spot on the carpet where the knock was coming from. There was a slight bump, as if there was something under the rug. Could that somehow be what was annoying them? Kyle grew suspic
1 comment
Read more
More posts